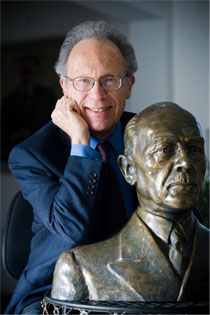 My Slovakia, My Family
One Family’s Role in the Birth of a Nation

"My Slovakia, My Family is a heartfelt tale of a nation’s struggle to exist and of a family’s pivotal role in influencing its destiny. This is a superb memoir and a valuable contribution to our knowledge of twentieth century Europe."

- Madeleine Albright, Ambassador to the United Nations and Secretary of State under President Bill Clinton

Situated in the heart of Central Europe, Slovakia is a new country in political terms, but an ancient one in culture and language.... 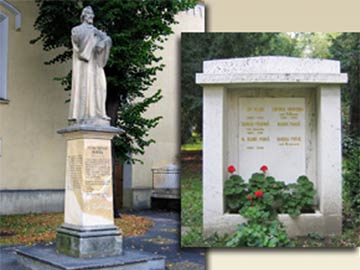 Life was not easy for my ancestors, and what they accomplished was extraordinary...

The Slovak and American editions of My Slovakia, My Family. The portrait is of my grandfather Milan Hodža.

Escapes from Nazis and Communists; heroism during World War II; the lives of national leaders as well as humble men and women...

Since 2005, the annual Days of Milan Hodža have celebrated my grandfather Milan Hodža, the first and only Slovak to serve as prime minister of united Czechoslovakia during the years of the First Republic between World Wars I and II . The celebrations are held in several venues in late June, coinciding with the anniversary of his death in the United States in 1944. The public presentation of the Prize of Milan Hodža is a component of the celebrations. Two parallel prizes are now being awarded, one for scholarly work and the other for the work of institutions that serve the public in ways that reflect Hodža’s work and vision. The institutional prize has been awarded twice, in 2011 to the National Czech & Slovak Museum & Library in Cedar Rapids, Iowa, and in 2012 to the Friends of Slovakia in Washington, D.C.

In October of 2011 Slovakia celebrated the 200th anniversary of the birth of Michal Miloslav Hodža. In the mid-19th century, M. M. Hodža played a key role in systematizing and gaining wide acceptance for the Slovak literary language, as well as participating in the leadership of the Revolution of 1848 as it played out among Slovaks and resisting the pressures of Magyarization on every front. A fiery Lutheran pastor, poet and Slovak patriot, he was my great-grandfather’s elder brother.

Since 2009 the  National Czech & Slovak Museum & Library has been interviewing men and women who left Czechoslovakia and took refuge in the United States during the long period of Communism, 1948-1989. The two-hour interviews are videotaped and archived both at NCSML and at the Library of Congress. Collectively the interviews of this Oral History Project form a moving portrait of two generations of exiles. You can find brief excerpts of my own interview at on the museum’s web site and on YouTube. END_OF_DOCUMENT_TOKEN_TO_BE_REPLACED

Moje Slovensko, Moja Rodina (My Slovakia, My Family) was first released in December of 2010 in Slovakia. Three inspiring launch events were held: in Liptovský Mikuláš, the ancestral home of the Pálka family; in the capital city of Bratislava; and in Prague. There was an exceptional amount of interest in the media. END_OF_DOCUMENT_TOKEN_TO_BE_REPLACED